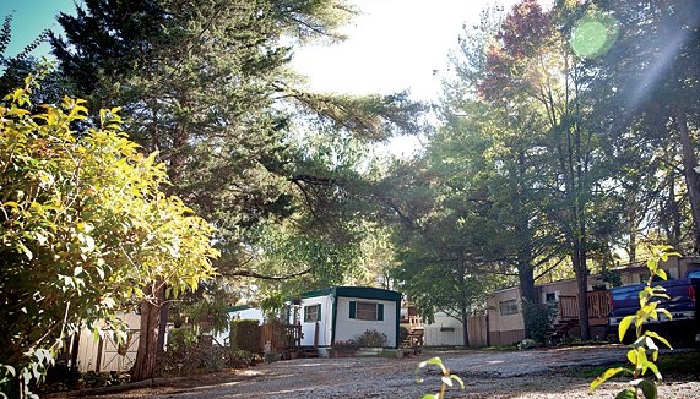 Herman stopped by my office one day to show me his new set of dentures that he bought through a mail order catalog. One of his eye teeth was wrapped in gold with the shape of the state of Texas engraved into it. He smiled at me proudly that morning, but two days later he was toothless again. He told me with a lisp, "The damn dentures didn't fit right."

My office was in an old house in a trailer park on the outskirts of downtown Fort Worth. I managed the park and ran the whole show from collecting rent to replacing sewer lines and repairing trailers. My company owned eight rental trailers along with forty-one slots for individually owned trailers.

Herman fenced in his small lot, where he stored a conglomeration of junk. I needed a gas tank for one of our rentals, and he had one stored by his trailer. Herman was a good ol' boy who sold me the tank for fifty bucks and painted it up "right purty" with spray cans of silver paint. He guaranteed the tank, but he didn't tell me that it was a butane tank. The difference between butane and propane is that propane is stored at a higher pressure, and it was the only gas available for delivery.

Early in the winter, the tenant complained that the tank was leaking. There was a hissing sound coming from the pressure gauge, so I wrapped the gauge with plumber's putty to stop the leak. In June, the tank started to leak again, and I tried to stop the sound the same way, but it didn't work. I looked at the gauge closely and found a small hole that I covered with my thumb. The gauge blew off the tank, and sounded like a bomb exploding. I hit the ground and crawled toward the road. When I looked up, I saw a dozen people surrounding me and laughing. Herman had a smirk on his face that revealed another new set of teeth with the shape of the state of Texas etched into one tooth that glittered in the noonday sun.

Herman was a welder and made a trailer from angle iron and two old tires. He cut two 55 gallon drums in half to fabricate a long barbecue smoker for the trailer. He applied for a permit to sell barbecue outside Arlington Stadium during Texas Ranger baseball games. After his debut trip to the stadium, he told me that he made around $5,000 for his day's work, a fortune back in the early eighties.

I don't know how in the world he was issued a permit. Maybe, he knew someone in the office or impressed them with his new gold tooth. If he's still with us, I'd bet that he lives in the same trailer, surrounded by junk, and that he's still making money from selling barbecue or some other idea that anyone else would think was impossible to do.