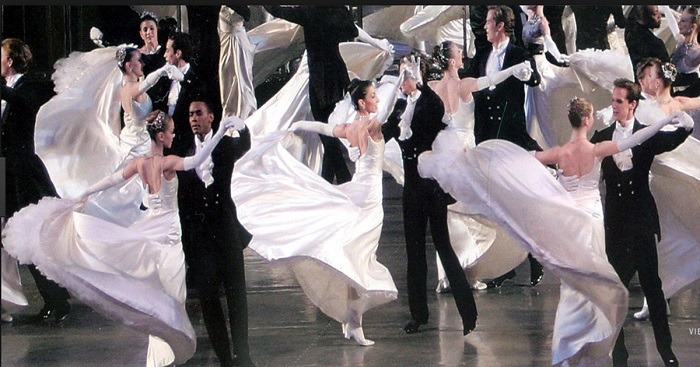 Hildi was pretty. Her ex-boyfriend once told Jack that she was the prettiest girl in the tenth grade and added that she was his girl. He didn't understand that Hildi was a free spirit, and no one could own her. She probably wouldn't have described herself as pretty, yet she must have sensed that she was attractive, alluring, and sophisticated. She had a countenance that lit up the room.

She was a bit eccentric, not strange, but eccentric in a curious way, different than the typical girl, due in part to the influence of her Austrian mother and her visits to Vienna. She was a bit unconventional, always looking for what life had to offer beyond the mundane world of a small town. Her singularity made her exciting and captivating.

She started smoking, briefly, and Jack asked her if she liked it. "Not really," she said. "What I like is flicking the butt when I've finished smoking. I'll quit when I can flick it across the street."

Jack didn't remember how they met or if he'd ever asked her out on a date. She just appeared in his life one day, like she'd always been there. She preferred hanging out to dating anyway. Jack would walk her home after school or visit later in the evening. Her father was a cop who worked afternoons, and her mother was either in the kitchen cooking or elsewhere in the house, leaving the couple to their own devices.

He couldn't remember when they first kissed, but he knew that her kisses were the sweetest ones he'd ever known. Maybe it was the wine that she drank occasionally, a single glass, poured into the finest Viennese crystal stemware. Sometimes, she'd glide her finger gently around the rim of the glass, creating a vibrant ringing that hung in the air for a brief moment as it danced around the eardrums with a haunting resonance.

Hildi and Jack shared a Study Hall, sitting a couple of rows apart. She slipped a note to him one day that read, "If the mountain won't come to Muhammad, then Muhammad must go to the mountain." He smiled. He had an idea what the maxim meant, but had no idea what the implication was for them. She spoke the words again one afternoon at the lake as they walked quietly along the shoreline, hand in hand, the silence broken by the occasional squawk of sea gulls and the whisper of waves sweeping onto the shoreline, pulling them together with a kind of promise, a silent whisper that seemed to say that they alone belonged to this place under the heavens.

Sometimes they would cruise in her father's convertible, returning to her house with wind tossed hair to sit in the living room and listen to a Strauss waltz on the Fischer stereo. They didn't dance, but it felt like they were in some grand ballroom in Vienna waltzing, synchronized like swans gliding over a pond.

One day, they passed by an orthodox Jewish temple, and Hildi said that she might convert to Judaism. "Would you convert, too?" she asked. Jack hesitated. He knew he had enough problems trying to understand his church, without adding another religion to the mix. Then he said, "Yes." He figured that if she liked it, he might like it too.

Hildi loved Jack's apartment. It reminded her of the garrets in Vienna. The apartment was on a magnificent street, lined with large, historic homes on the banks of the river. The apartment was encased within the sloping sides of a Mansard roof with a cupola over his bedroom and a beautiful view of the river and beyond.

After Hildi met Jack's mother, he was a little amazed that she liked her so much. He rarely brought a girl home because his mother always disapproved. And now, the cigarette flicking, wine drinking girl philosopher, the girl traveling to the mountain, was her choice in girls for Jack.

It was purely by accident that Hildi discovered the lever that released the seats to a full reclining position in Jack's mother's AMC Rambler.

"You could take this car camping," she said. “Or—"

She didn't need to answer. She had a gleam in her eyes. Jack knew full well what she meant. He could almost hear a band of angels singing Hallelujah, shaking the firmament, or maybe, it was just he who was shaking!

So that day, they began to plan their tryst. The plan involved setting a date, then unfolding maps to look for abandoned country roads. They decided that a Saturday night would be appropriate, if there was any propriety in their plan at all. They chose a time on the following weekend, leaving ten days till launch. They discovered they couldn't determine the place by looking at a map and left the location to trial and error.

They hadn't exchanged the words before. Jack was quite sure that he loved her, so he passed a note back to her: "I love you, too." When she looked down to read the note, the Study Hall teacher reprimanded them.

"Jack and Hildi, you have to quit passing notes to each other, or I'll have to place you in detention."

Jack walked home with Hildi on Friday after school. They listened to music and talked. Jack was so nervous about the next night that he went home early. Before he left, Hildi asked him to call her the next evening around six. Jack called promptly the next evening. Hildi told him that she had to break their date because she was washing the walls in her room.

Washing the walls! So it all came down to this: washing walls precluded passion for Hildi. Jack was furious. All he could think was that Spic & Span had replaced him in the bedroom. Or was the plan contrived with an ulterior motive? Was it a ruse to tease, to deceive, or to hurt him. Why the grand buildup promising the heights of passion that were never to be. Why?

The next moment, he was convinced that something else was going on and that she was lying. But, they had never argued, and he didn't want to start, so he tersely said "Goodbye." He felt betrayed, forsaken, and abandoned with a deep and lonely aching inside that didn't begin to subside until he drove by her house a couple of hours later.

It was dark when he circled her house and looked up to the second floor. The curtains had been removed, and he could see Hildi standing on a ladder, washing the walls. He shrugged his shoulders and drove home.

He didn't see her again until Friday and asked her if he could walk home with her.

"No, Jack," she said. "There's something you need to know. I don't love you anymore. I like Eric."

Jack's world threatened to implode, like an earthquake swallowing everything in its path, yet miraculously he was able to let go of Hildi when they departed. Graduation was a month away, then he would be leaving for university, and he must have known that a long distance relationship wouldn't work for them.

He called her one last time shortly after the ceremony, and that was it. He drove by her house a couple of times during semester breaks and looked for her in a nearby shopping center, but never saw or spoke to her again.

Time moved on. Jack graduated from college, then moved to New York City. Years later, when he returned to Ohio, he ran into a man in a bar who was from his home town, who knew Hildi. Jack asked him to give her his best if he saw her again.

After the turn of the century, Jack subscribed to his high school's alumni directory and looked up Hildi in the book. She hadn't given her address. A couple years later, he did an internet search and found that she died in 2002 in Baltimore, a city that she and her family traveled to frequently, a city she really loved.

Jack loved Hildi, his first real girlfriend. She bought him art supplies and his first canvas that started his journey on the road to painting. He valued their time together and was grateful he had known such a lovely girl—a free spirit who was true to herself and taught Jack the beauty of breathing in life and exhaling joy.