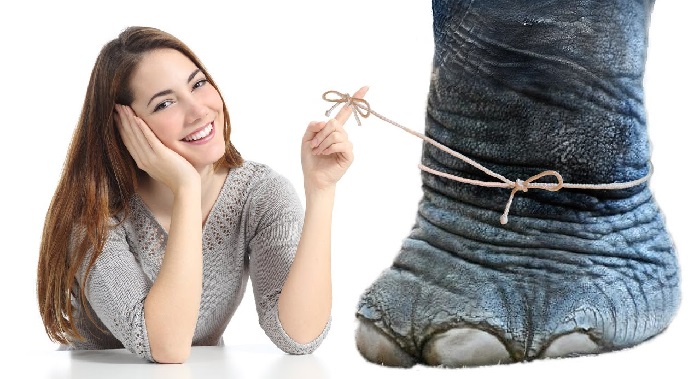 I joined an online smoking cessation forum and took a 5 week smoking cessation class, but I really didn't think that I could quit. The following are some of the posts I wrote on the forum, which really helped me in the process of quitting. In the 3rd week, I started cutting down using nicotine lozenges. I cut down to 7 cigarettes a day, then 6, 5, 4, 2. Two days after I reached 2, the day of the Great American Smokeout was promoted, so I thought I'd give quitting a try. This is the first post I wrote on the forum:
I'm currently on my 6th day without a smoke—a moment, a morning, a day at a time. I studied the structure of the heart recently and don't want to do any more damage to my body. When I figured out how many cigarettes I've smoked in my life, I was astounded. One month without smoking 15 cigarettes a day translates to abstaining from 450 cigarettes—5,500 cigarettes in a year. So I'm hanging in today, and will face tomorrow when it comes! I feel better physically already and really want to be free from shackles of cigarette addiction." I read that only 7% of first time quitters succeed. It's a lot better odds than playing the lottery. I want to be a member of the 7% club!

It's Hard To Quit, but Not Impossible

Part of the reason that it takes us so long to quit smoking is because society tells us that it is all but impossible to quit. They tell us that cigarettes are more addictive than heroin and cocaine (They're not, they're just easier to obtain.). A Goggle search will produce tens of thousands of pages outlining the horrors of withdrawal. They tell us that it takes many attempts to quit.

It's no wonder that it took me so long to even try to quit. I knew for sure that I couldn't stop because I learned that I couldn't, so why even try? But wait... I stopped drinking and went through hell. I quit my addiction to Xanax and had hallucinations and a grand mal seizure. I broke the chains of agoraphobia and panic disorder. But I was convinced, somehow, that quitting smoking would be worse.

So I quit listening to negative chatter and started finding ways to make my quit more effective. The teacher in my smoking cessation class told me not to make it harder than it is. I decided not to be the elephant on the rope.

As a man was passing the elephants, he suddenly stopped, confused by the fact that these huge creatures were being held by only a small rope tied to their front leg. No chains, no cages. It was obvious that the elephants could, at anytime, break away from their bonds but for some reason, they did not.

He saw a trainer nearby and asked why these animals just stood there and made no attempt to get away. “Well,” the trainer said, “When they are very young and much smaller we use the same size rope to tie them and, at that age, it’s enough to hold them. As they grow up, they are conditioned to believe they cannot break away. They believe the rope can still hold them, so they never try to break free.”

Ignorance Is Not Bliss

Denial is an almost impenetrable defense mechanism that fuels addiction. It blinds you to the truth. It tells you that even if you believe the truth that it's impossible to quit smoking or to stay stopped. So you gloss-over the truth and hope you'll beat the odds.

But then you get a glimmer of hope and decide that maybe it's not impossible, that maybe it's just hard, and that you're stronger than your addiction. Once you really understand the pathology of smoking, you make a huge adjustment in attitude and in perception. You make a commitment to not smoke one day at a time. You begin to believe that if you can hold on a little longer, maybe it will get better.

And day by day, it does get a little better. Yes, there are some bad days, but you tough it out; you hang on because you know the reward is freedom, and you want that no matter how long it takes.

You know, at last, that ignorance is not bliss. Once you know how truly destructive smoking is, you keep that knowledge in the front of your mind as you breathe through cravings that in time become less frequent and less intense until they finally disappear.

My First Cigarette, and My Last by Kirk Douglas

The one thing you definitely have to accept is that you're gonna have cravings for a while. You can tense up and think they're the worst thing that could ever happen to a human being,
Or
You can view them dispassionately for what they are—conditioned responses to a long standing addiction. You can relax your body and take several deep breaths, like the deep breaths you took while you were smoking, only without the smoke. If you want to know how this works, read this article in Psychology Today: Diaphragmatic Breathing Exercises and Your Vagus Nerve

Sometimes, that empty feeling in your gut isn't a craving, anyway, it's hunger or anxiety or despair.

The other thing is that when you give cravings power, they're gonna be powerful. You become what you think. Don't let your mind fool you into picking up. If you're headed out to bum or buy a smoke, watch a medical video on lung cancer first. That will dampen your craving. How many people with terminal lung cancer would give anything if they could go back in time and quit smoking? Having cravings, that will eventually stop, is a small price to pay for regaining your health.

One definition of attitude is the orientation of an aircraft or spacecraft, relative to the direction of travel.

If you don't have the right attitude, you won't reach your destination whether you're flying or recovering from an addiction.

A positive attitude is everything. You can learn how to overcome negative thinking.

Visualize, for a moment, that you're a lung. You see a fog of smoke entering your delicate chambers, and you feel the pain of thousands of chemicals and tar engulfing you. You do your best to oxygenate blood flowing through your network to the heart. On its journey, blood carries the poison from the smoke through blood vessels to the left chambers of the heart and then to every part of the body...

Knowing, really knowing, how smoking affects the body is key to staying smoke free as well as the commitment to not smoke one day at a time.

An important part of my quit is to research the pathology of smoking. I've kept many cravings at bay by thinking about what cigarette smoke does to the body.

Of the more than 7,000 chemicals in tobacco smoke, at least 250 are known to be harmful, including hydrogen cyanide, carbon monoxide, and ammonia.

Among the 250 known harmful chemicals in tobacco smoke, at least 69 can cause cancer. These cancer-causing chemicals include the following:


You'll notice that this list doesn't include tar. Tar in cigarette smoke paralyzes the cilia in the lungs and contributes to lung diseases such as emphysema, chronic bronchitis, and lung cancer. An average smoker inhales about an ounce of tar per year into his/her lungs.

These are sobering facts. Quitting is a life altering/saving process. Give it the time it takes to recover, and the day will come when you're free.