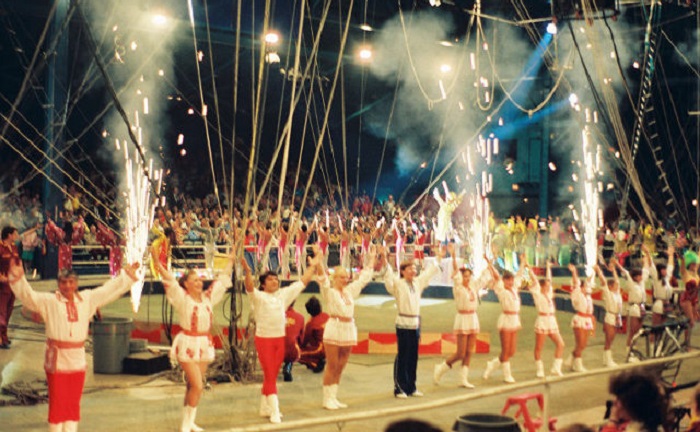 The Other Renée Zellweger

The lights on the side of the Lincoln Tunnel zipped by her as she sped down the highway, shining in her eyes like flashbulbs going off on the red carpet at the Emmy's. She thought about how uncomfortable and frightening it must be to stand in the midst of the glitter, glamour, noise and confusion of a Hollywood event. And she wondered how it affected her namesake.

She tried not to think about the other Renée often, but sometimes, it was unavoidable, like the time she was getting a new driver's license at the DMV. She was waiting for her name to be called, and a voice over the loudspeaker said, "Renée, um, Renée Zellweger, please, please, come to Station 4. I'm a big fan of yours." Certainly, the woman would have been fired for such an outburst, she thought, but she was still working at the DMV when Renée returned a couple of years later.

When she arrived at the station, the woman said, "You look like her. Are you really Renée?"

"No, no, no, I'm not Renée. Well, yes, I am Renée, but I'm not the Renée I think you're thinking of. I'm not the Katy, Texas or the Hollywood Renée. I'm not an actress, and if I was, what would I be doing in a suburb of Cleveland?" Renée said, a bit annoyed.

Not that she hadn't entertained the idea of what it would be like to be the other Renée. She was a talented actress, and she was beautiful, she thought, but am I not as beautiful in my own way? Renée had round blue eyes that sparkled in the sunlight unlike her namesake's squinting eyes inherited from her Norwegian mother, whose ancestor's hunted reindeer in bright snow with eyes that morphed into slits to protect them. Her eyes were part of her beauty.; and her blonde hair; and petite figure, which they shared.

Renée knew that Renée would be a success at the beginning of her career after she sang the provocative song, Sugar High, at the conclusion of the movie Empire Records. She was so cute bebopping with the band when she finally sang solo. Her girlfriend nudged her in the movie theater and said, "Look, it's you, Renée!"

After the movie, Chicago, she knew that the world knew how talented she was. Unbelievably talented. As good a dancer and singer as Catherine Zeta Jones.

She didn't like the attention she got when someone thought she was the actress. She didn't like getting anything she hadn't earned. When the other Renée Zellweger dyed her hair brown, she said that no one recognized her, including her friends, and that she was happy she could travel about incognito. Renée wondered how often she was recognized as someone whom she couldn't be, but she wasn't about to dye her hair brown to avoid being seen as someone she wasn't.

Sometimes, though, she gave in to her mistaken celebrity. She and her friend Kathy visited a neighborhood bar one night, and on the walk home, a handsome man stopped her and asked for her autograph. She turned to her friend, now her pretend agent, and asked what she should do.

Her friend said, "Ah, give him an autograph since he's alone." None of them had a piece of paper, so she signed his hand, writing, "All the best! Renée Zellweger." The man said he would never wash his hand again.

When he began to walk away, starstruck, Renée turned and said to him, "By the way, you had me at hello!"

They laughed about the encounter on the walk home. "The man's lucky to have the autograph! Wouldn't you like to have Renée's autograph, too?"

Midway through the Lincoln Tunnel, she thought about how much she had come to respect the actress. She was a woman of strength and integrity, a private person who tried to keep her personal life private.

After all, she kept the whole Kenny Chesney affair as quiet as possible, except for what the press could glean without her permission, and she didn't air his dirty laundry. Renée thought it was his fault because she was going through a similar experience. Well, not an annulment, but a bad breakup, a huge indiscretion on her ex's part. But, she wouldn't speak of it, like Renée, and simply used Renée's words when a guy would ask her why a pretty, charming woman like her was still single. "I'm not single, I'm busy," she would answer.

After the breakup, Renée decided to leave Cleveland and start a new life in New York City away from the reminders of him, her Kenny Chesney. In the distance, she could see the end of the tunnel and the bright lights of the city beckoning as she got closer. An exciting, new life lay ahead. Maybe it wasn't so bad that she bore a resemblance to her namesake. She could be her own wingman when approaching men. It was a good way to meet people, a conversation starter, and in a way, the actress was her hero, a woman of strength and talent.

When she passed through the tunnel, she released her grip on the steering wheel briefly, putting both thumbs up, one for herself, and the other for Renée Zellweger.